October saw some fluctuations in the property rental market as condominium rents dipped 0.2% while rental prices for HDB flats rose 0.3%.

While condominium rents have risen 4.2% from last year, it is still 16.9% lower than its peak in January 2013. In the non-landed residential property rental sector, 4,341 units were leased in October, down 0.8% from the 4,378 units in September.

Analysts are hopeful for a pickup in demand as multinational companies based in Hong Kong may decide to move their headquarters to Singapore, or at least redeploy their employees here. This may boost the private property rental market in the months ahead.

On a positive note, condominium rents were all in all 3 regions last month in comparison with October 2018. In the core central region, the rest of the central region and the suburbs, rents have risen 6.3%, 4% and 2.8% respectively.

With rents rising, rental demand for HDB flats may be dampened, especially as the supply of flats available for rental is expected to rise next year. This could also put some downward pressure on HDB rental prices. 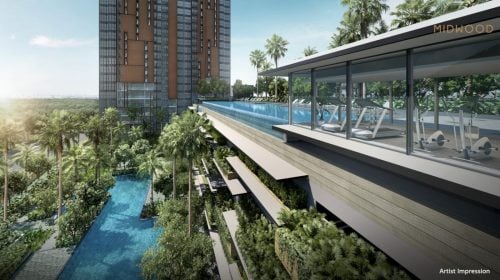