Sentosa Cove might have been in the news in a less-than-positive way last year, for the losses some property owners were hit with. But have things taken a turn for the better?

2017 was a good year for most local real estate segments, but have property prices in this exclusive island-on-a-island finally made their comeback?

In a way, yes. Though in all likelihood, not completely. One of the most significant multi-million-dollar losses was by a Russian owner of a 379 sq m Seascape condominium unit. He sold the unit at a $6.6 million loss, though property analysts say he had probably overpaid by 16% to begin with. He had purchased the unit in 2010 at the peak of property cycle.

Truthfully, prices of Sentosa Cove properties are probably at their most reasonable at the moment. The fall in prices could have been due to property cooling measures implemented by the government between 2011 and 2013.

Competition from regional markets such as those in Hong Kong and emerging markets may have also taken some attention way from Singapore’s real estate sector across the board.

The economic change in the region could also have forced some sellers into a cash crunch hence hastening their need to sell at below-market prices.

Property agencies and agents have been fielding more enquiries about properties at Sentosa Cove last year than the year before. The renewed interest in landed homes could have partially accounted for the spike in interest. However, prices have come down from their previous high.

Prices of landed homes on the island have fallen from the average of $1,881psf in H2 of 2016 to $1,596 psf last year. Sales volume has however increased. 11 bungalows were sold in the first 10 months of 2017 while only 4 were sold in the second half of 2016. Analysts are hopeful about a gradual recovery through rising interest rates may put a damper on demand. 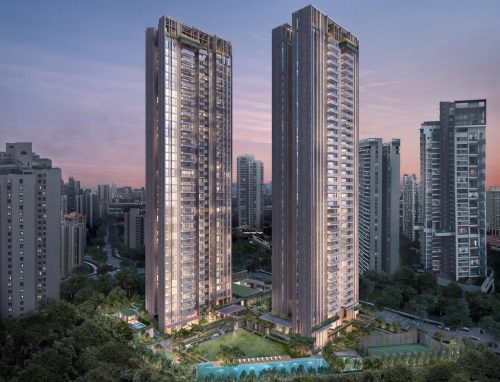