Along with overseas expansion, ERA will also fully embrace the changes under the Real Estate Industry Transformation Map

SINGAPORE – Continuing its expansion efforts across Asia Pacific, ERA Realty Network (ERA) welcomed and introduced ERA Cambodia at the 2018 ERA Asia Pacific Business Conference. Through the company’s burgeoning global network, ERA agents will be able to tap into each other’s expertise to create value for their clients.

Held at Mediacorp’s MES Theatre this year, the annual conference recognises the achievements of ERA’s Top Achievers in Singapore and Asia Pacific. Mr Tan Chuan-Jin, Speaker of Parliament, graced the event as Guest-of-Honour and also partook in an engaging dialogue session with ERA’s management and agents.

ERA is the wholly owned subsidiary of APAC Realty Limited, which was listed on SGX Mainboard in September 2017. As at 5th February, its IPO at $0.66 grew more than 50% in share price.

According to industry data and media reports, APAC Realty ranks amongst the top 20 stock picks in Singapore this year, and is one of the top seven stock highlights of 2018 with the greatest growth potential.

APAC Realty Limited possesses the exclusive ERA regional master franchise rights to 17 countries in Asia Pacific. Boasting a vast network of close to 17,500 agents across Singapore, Indonesia, Japan, Korea, Malaysia, Taiwan, Thailand, Vietnam and now Cambodia, it is in an ideal position to offer regional real estate and business opportunities for its clients.

ERA is poised to further its already excellent performance. It has expanded its services from private and HDB property transactions to auction, commercial and industrial, project marketing, property management, research and valuation. ERA has already secured more than 10,000 units in 16 projects, and more exciting projects are in the pipeline.

ERA has pledged its commitment to embrace the government’s Real Estate Industry Transformation Map (ITM), and has unveiled a few digital initiatives.

The fast and mobile-responsive FindPropertyAgent.sg is one of such initiatives. Testimonials and ratings, as well as achievements, completed transactions and trainings are published on the agents’ profile pages. Through their profiles, the agents can build a strong online reputation. The website is equipped with smart algorithms, which help consumers find suitable agents based on their property search requirements.

With this and other industry-first features, homebuyers can make informed decisions when it comes to engaging a real estate agent.

Not only that, ERA has furnished its headquarters with state-of-the-art equipment. The training rooms are fitted with touchscreen whiteboards that increase engagement; trainers are also adopting the use of interactive videos and audio with different mobile tools to heighten audience involvement.

As the only listed real estate agency in Singapore, ERA is able to achieve its success thanks to the support of its agents and clients over the past 36 years. As a token of appreciation, ERA hosted the Race to Las Vegas Challenge in January 2018, an industry-first initiative that encourages its customers to leave ratings for their real estate agents. Mr Wong Chong Meng won an all-expenses-paid trip to Las Vegas, while his agent Sean Seah Jin Shu also won a return air ticket and accommodation at Las Vegas.

ERA agents also get to earn ERA miles for services rendered to customers, another unique initiative that the company has launched. The agents can redeem name cards, corporate merchandise and offset flight tickets to ERA’s business conferences held overseas with their accumulated miles.

Besides incentives for clients and welfare for agents, ERA also places a strong emphasis on corporate social responsibility. To usher in the Year of the Dog, ERA will be handing out festive packs, hong bao and furniture to low-income families with Adviser to Hong Kah North Grassroots Organisations, Dr Amy Khor on 11 February 2018. The company has organised a fundraising campaign last month and matched a dollar for every dollar contributed.

Over the years, ERA has spread the love by working with not-for-profit organisations such as Community Chest, SOSD and Canossaville Children and Community Services. Its leaders walked the walk by donating generously in the Charity Lucky Draw for The Singapore Association for the Deaf during ERA’s 2017 Christmas party. 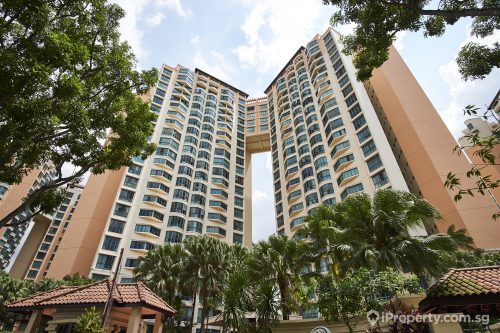 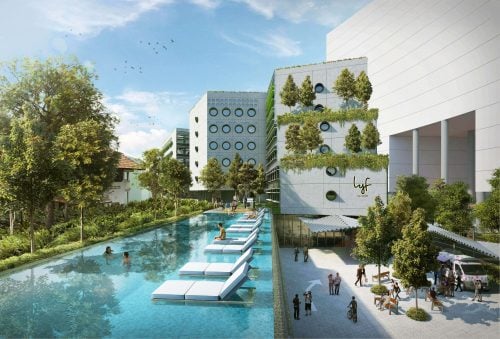