Plans for the Cross Island MRT Line (CRL) seem to be on track. After years of debate and consultation, the decision has been made to tunnel under the central catchment nature reserve to build the 8th and latest MRT line which will connect Changi to Jurong.

The line is named exactly that to help improve the quality of life for commuters who need to cross the island on regular bases. Plans for the CRL begun as early as 2013 and it was only recently that the decision to tunnel under the central catchment nature reserve was solidified.

After years of research and debate, the “direct alignment option” was made as it will cut travel time by 6 minutes, reduce fares by 15%, cost $2 billion less to build and use less energy.

Besides better connectivity, another reason for this new line is also to benefit commuters in terms of the handling of redundancy in the long-term. The addition of this line would create a rail network of high redundancy, which could provide more travel choices, even if some parts of the network were to experience disruptions.

The Cross Island Line will connect with almost all the other MRT lines, according to Transport Minister Khaw Boon Wan. It will not only connect new build-to-order (BTO) estates such as Sengkang, Punggol and Hougang but also new regional hubs such as the Jurong Lake District and other key employment areas such as Jurong Industrial Estate.

It will also pass through Loyang, Pasir Ris, Ang Mo Kio and Clementi. When completed, it will have the highest number of interchange stations. Almost half of the CRL will be linked to existing MRT lines.

Benefiting from this new 50-kilometre line will be 100,000 households. The initial ridership is expected to hit 600,000 and increase to up to a million in the future. The CRL will also release some pressure from older lines like the East-West line as it steps up as the connecting node to the other lines. This will help commuters save time and money.

The Cross Island MRT line will be built in 3 phases, the first of which is a 29-kilometre stretch which is expected to commence in 2020 and completed by 2029. This first phase will consist of 12 stations from Aviation Park to Bright Hill, serving both the residential and industrial areas of Loyang, Pasir Ris, Tampines and Ang Mo Kio. 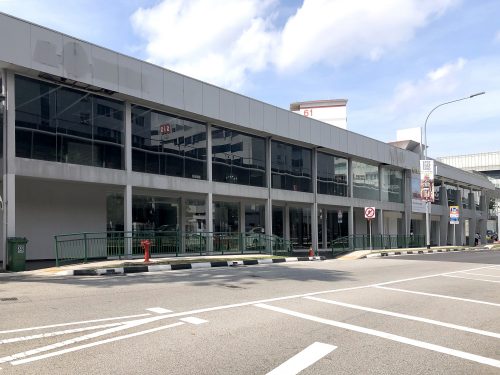 2 properties along Lee Kee car showroom up for sale