SINGAPORE – CapitaLand’s wholly owned lodging business unit, The Ascott Limited (Ascott), has stepped up its global expansion in 2019 with a record opening of about 7,500 units in over 40 properties across 30 cities and 13 countries. Ascott has also signed 25 new franchise and management contracts with more than 3,400 units, closing the year with the signing of over 14,100 units across about 100 properties. This includes its acquisitions of two properties in Sydney, Australia this year through its real estate investment trust (REIT), Ascott Residence Trust, and its private fund Ascott Global Serviced Residence Fund.

Mr Kevin Goh, Ascott’s Chief Executive Officer, said: “Ascott has achieved significant growth this year with record openings, including our first property in Netherlands and the highest number of openings in Singapore. With our recent signing of 25 new properties across Asia Pacific and Africa, we have reached about 115,000 units in over 700 properties worldwide. More than 60% of our portfolio, which is operational, has contributed S$182.1 million of fee income. Next year, we are targeting to open about 10,000 units, further boosting our fee income. We are on track to achieve our global target of 160,000 units by 2023, and will continue to grow recurring income via management contracts, franchises, leases and strategic alliances as well as invest in quality assets.”

Mr Goh said: “Besides investing through our own capital and joint ventures, one of our key growth strategies is to expand through our REITs and funds. With the combination of Ascott Residence Trust and Ascendas Hospitality Trust, we will have the largest hospitality trust in Asia Pacific with an asset value of S$7.6 billion. The new stapled securities under the enlarged trust, Ascott Residence Trust, are expected to begin trading on 2 January 2020 and this will allow us to further scale up our fund management platform. As a sponsor of the enlarged trust, Ascott will benefit from the trust’s stable yield and growth as well as earn fund management fees. On the other hand, the enlarged trust will benefit from Ascott’s sponsorship and pipeline of quality assets, as we continue with our proactive capital recycling and investment strategies.”

The 25 new properties across 19 cities and nine countries marked Ascott’s foray into new cities such as Vung Tau in Vietnam and Abidjan in Ivory Coast. Ascott has also expanded its presence in Melbourne and Sydney in Australia; Chengdu, Guangzhou, Harbin, Nanjing, Shanghai, Suzhou and Wuhan in China; Batu, Cikarang, Jakarta and Yogyakarta in Indonesia; Penang in Malaysia; Manila in the Philippines; Singapore; and Bangkok in Thailand. The properties are set to open in phases from 2020 to 2025.

Among the 25 properties are two Citadines properties secured under Ascott’s strategic alliance with Nasdaq-listed Huazhu Hotels Group (Huazhu) and Huazhu’s subsidiary CJIA Apartments Group. To date, 10 properties have been signed under this partnership.

Ascott has signed a management contract for its first Préférence hotel in Bangkok; expanding its brands under TAUZIA Hotel Management (TAUZIA) to Thailand, beyond Malaysia, Vietnam and TAUZIA’s predominant Indonesia market. Ascott has also sealed management contracts in Indonesia for TAUZIA’s brands with FOX Lite Imogiri Yogyakarta and POP! Batu. Ascott, which has a majority stake in TAUZIA, has secured a total of 12 properties under TAUZIA’s brands this year.

Quest Apartment Hotels (Quest), which Ascott has a majority stake in, opened its first property in Europe in September 2019. The opening of Quest Liverpool City Centre in the United Kingdom marked Quest’s expansion outside of Australasia, where Quest is the largest serviced residence provider.

Mr Goh said: “Through Ascott’s strategic investments in Quest Apartment Hotels, Synergy Global Housing, and TAUZIA Hotel Management in recent years, we have boosted our global cross-selling and distribution network. At the same time, we have leveraged Ascott’s global network to bring Synergy and TAUZIA to international markets. Quest has also extended its franchise business from Australasia to Europe. In tandem with growing market demand, we have also expanded our offerings of lodging products to cater to more demographics and diversify our revenue streams. This year, we opened lyf Funan Singapore, our first coliving property under our lyf brand designed by millennials for the millennials and millennial-minded. We also opened Citadines Connect Sydney Airport, our first Citadines Connect brand of business hotels with selected services.”

Since the launch of its loyalty programme Ascott Star Rewards this April, direct bookings and revenue from online bookings by members have quadrupled and membership has tripled. Ascott will look at introducing more benefits to the loyalty programme to reward its customers.

To support its fast-growing business, Ascott has also been transforming its digital ecosystem to boost revenue growth, operational efficiency and customer experience. Among its digital initiatives include adopting a new revenue management system as well as updating its backend global property management system to a cloud-based, highly scalable system.

This article is contributed by Ascott.

Year-on-year increases in some regions for resale condominiums 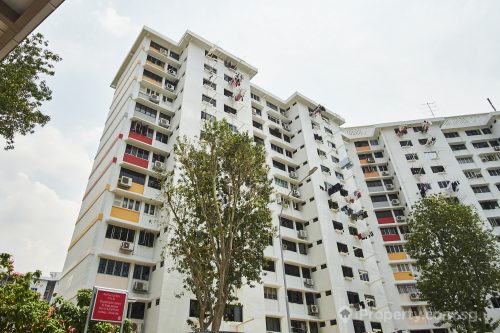