Many interior designers consider bay windows as a space-wasting feature in the home. Unfortunately for this 3-bedroom condominium apartment, there is a row of bay windows in each room. Although the windows bring in plenty of sunlight into the home, design firm Neu Konceptz knew that they had to come up with a solution to effectively incorporate the windows into the interior design.
Project Type
3-bedroom Condominium
Floor Area
1,200 sqft
Text: Redzman Rahmat
Private Dining

The dining area sits in the refurbished balcony. Gary walled up the windows with sliding doors, and concealed them behind soft drapery. He also created a false ceiling from which hangs a pendant lamp and accompanying spotlights. Bay windows line the length of a wall in the living room.
Double Space

“This apartment used to have a small living room,” says designer Gary Wong from Neu Konceptz. “It was only big enough to accommodate the sofa and a television set. There wasn’t even a space for the dining set!” Gary and his team solved the problem by merging the living room with the adjoining balcony. By closing up the windows and extending the ceiling at the balcony, the home now has a much larger space for the family to enjoy. Also of note is the monolithic black column next to the television wall. What started out as a simple feng shui requirement has evolved into a design element clad in laminates and mosaic tiles.
Ride The Waves

To create visual depth in the master bedroom, Gary wanted to create a feature wall that would blend in with the design of the room. He built a soothing feature wall using wave board design panels and mounted the television set on it. The panels help to soften the tones in the bedroom, especially when combined with the wallpaper backing.
Back Against The Wall

As with most of the rooms in this apartment, the bedroom has a stretch of bay windows along the wall. Gary didn’t want to be restricted by this layout. He pushed the back of the bed against the ledge while a cushioned headboard partially covers the window. The rest of the bay window acts as bedside tables.
Fashion Runway

The designer also managed to carve out a walk-in wardrobe for the owners. This surprisingly large closet space is dressed all in white, boasts a dresser on the far end of the room and is crowned by a regal-looking chandelier. In this space, every piece of clothing and accessory has its place.
Keep it Professional 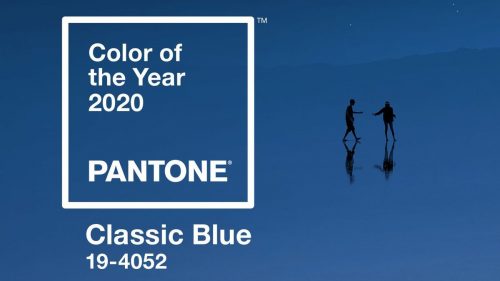 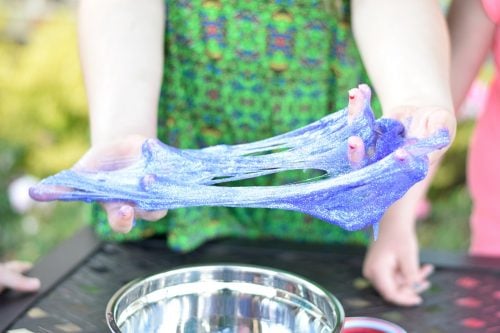 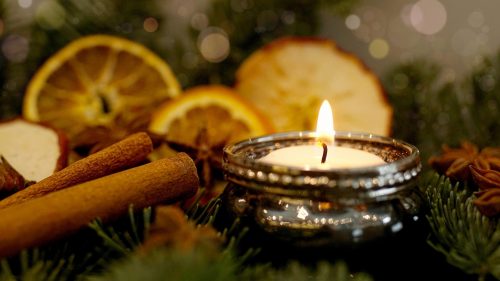 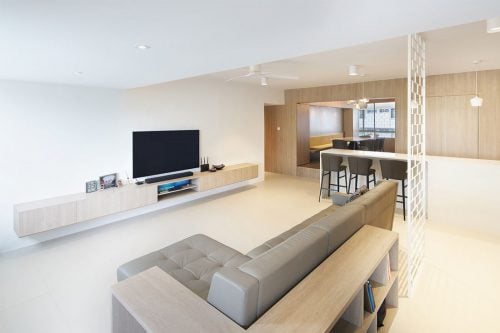